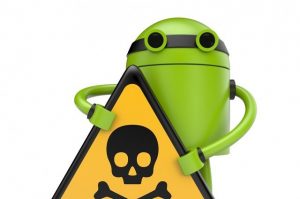 SpyNote Cracked is written in JAVA language. This is a Trojan generator with quite interesting features. It was very popular on the deep web in the beginning, but after a while it comes out of the deep web and reaches the real world.  SpyNote Download is known as a remote management tool that allows you to manage any Android. Within seconds, you can access the Android phone you want to access. This software is available in 2 versions or for a fee.

This paid version of the SpyNote Download Crack is available for cash, which means you have to pay to use the paid version. We need to follow our usage patterns. Symantec first discovered it in early 2014 and appeared underground for $ 300. The dendroid used some features, such as the ability to hide from emulators at the time. When it was first discovered in 2014, it was one of the most sophisticated Android remote management tools known at the time.

SpyNote Full Version 2022 It was one of the first Trojans to escape Google’s shutdown and warn scientists that it will make it easier to create Android malware. . This apparently included the presence of simple commands and control panels in the footsteps of Zeus and SpyEye. The code seemed to leak somewhere around 2014. It was found that an apk link had been added to the leak, which provided an easy way to link Dendroid to legitimate applications. SpyNote is a free program RAT (Remote Management Tool / Find Access Troy) based on Java. Its server is written in Java and the client controller is written in Visual Basic .NET.

SpyNote Cracked Free Download is an advanced remote management tool aim at Android systems. Its server is write in Java and the client controller is write in Visual Basic .NET. After installing Android on your device, Spy Note automatically removes this screen from the victim’s device. Encrypt and hide from all security applications, encrypt user data between you and victims, and easily mix it with another application. Packets is send between the server and the client encrypt using sophisticated encryption methods.

Spynote Download is very easy to use and has a graphical user interface (GUI) that makes it more attractive than other Android mice. It has a lot of powerful new features that you can’t see in any other Android mouse tool. It has a live screen monitoring feature that can capture the victim’s screen in real time. SpyNote 6.4 rat is the latest version of the Spy Note series. There are many versions of rat spynotes previously released in the hacker market like spynote v3.2, spynote v4, spynote v5 and now the latest spynote 6.5 downloads available in the market.

You can download this at no cost without spending a single penny from below. Read this full article, you will be able to download this Android rat tool easily. SpyNote 6.4 FUD (Totally Undetectable) has the ability to bypass the best antivirus and Google Play protection, making it more powerful than other Android mouse tools.

SpyNote Cracked works on both rooted Android devices and non-rooted Android devices. You can also create a payload in stealth mode with a remote access Trojan, which is a very useful feature nowadays. In stealth mode, when the victim installs their payload, the payload application icon disappears from their screen and runs in the background and their connection will be made in the mice program. Spynote 6.4 rat is remote access software that is secure from both sides (client-side or user-side), as well as free from hardware-damaging bugs.

Data transmitted from client to server is encrypted with sophisticated encryption methods that make it more secure than the latest Android mice. Spynote v6 cracked rat uses end-to-end encryption, which means that the transmission of data from client to user or user to client is completely secure and encrypted from other applications. 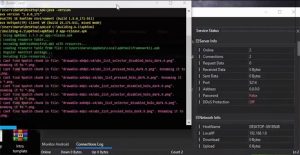 How to Use Spynote Cracked Version for windows 10: –

Hope you liked this article and I am sure you Cracked SpyNote Download successfully. If you have any questions about this article, please leave your comment below. I will try to answer you as soon as possible. Share this article with your friends on your social media groups like Facebook, Whatsapp, Telegram, etc. to support and encourage us.

This site uses Akismet to reduce spam. Learn how your comment data is processed.